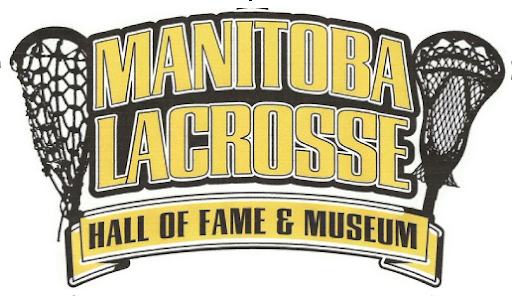 After cancelling the 2020 Induction Ceremony due to the Covid pandemic, the Board has decided to push forward with a bold plan to hold two inductions in 2021. In the Spring of 2021 the Board will host a special induction for teams, players and builders who were involved with lacrosse in the 1920’s, 1930’s, and 1940’s. A special veterans committee has selected 1 team, 1 builder, 1 player/builder, and 8 players for induction to the Manitoba Lacrosse Hall of Fame:

Lionel Merrick- Top goal scorer of the 1940’s, ’50’s & ’60’s
Ken Williams- Outstanding goalie from the 1940’s to the 1960’s
Mark Flynn- Outstanding goal scorer and play maker from the ’40’s & ’50’s
Charlie Sabo- An elite goal scorer and fierce competitor
George “Jeep” Woolley- Sturdy defender with the knack of scoring key goals
Lorne Christianson- West end goal scorer: considered to have one of the best shots in Canada
Glen Christianson- Top flight scorer; as ability to score goals in the big games
Al Smallwood- A sniper who played in 3 Minto Cup play downs   Once the government regulations allow for more than 200 people to meet are in place the exact dates and location will be announced.

The Class of 2020 Honoured Inductees Announced by the Canadian Lacrosse Hall of Fame New Westminster, BC - The Canadian Lacrosse Hall of Fame is proud to announce its 2020 class of inductees, which includes players Jamie Batley, Cam Bomberry, Michelle Bowyer, Ted Dowling, veteran Peter Berge, builders Paul Day and Joey Harris, along with the St. Catharines Junior ‘A’ Athletics (1990-1991).

These new inductees bring the total number honoured in lacrosse’s national shrine to 543 - 160 Builders, 328 Players and 55 Veterans (those who played in 1980 or before). There are also 23 teams inducted under the Team category.
The formal induction banquet and ceremonies are scheduled for November.

Honoured in the Builder Category:

Joey Harris
No one has worked harder and longer to build the game of lacrosse in Canada than Manitoba’s Joey Harris. The 2017 recipient of the Lester B. Pearson Award for unselfish dedication and outstanding contribution to lacrosse, Harris has been the President of the Canadian Lacrosse Association and a member of the board of the Canadian Lacrosse Foundation since 2003. President of the Manitoba Lacrosse Association from 1990 to 2002, in 2002 Harris joined the board of the CLA as VP Finance and Administration. Among his many accomplishments he developed the national field lacrosse team strategy that has led Canada to 3 gold medals in the last 6 world championships. As a player Harris was a member of 5 Manitoba Senior box lacrosse championship teams between 1993 and 2000, was three times selected to represent the province in President’s Cup play, and from 1983 to 2001 represented Manitoba in field lacrosse championships, being named a tournament defensive all-star in ’85 and ’89.